Discover how AutomaTech is automating, simplifying, and enabling powerful analytical tools to optimize your most important processes. 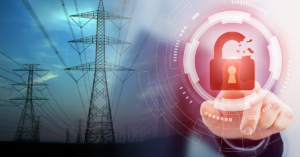 With an increasing dependency on technology in the industrial world, comes the concern about cyber attacks on operations. Incidents can occur to facilities ranging in size from a small-town wastewater treatment plant to global manufacturing behemoths like Honda. Attackers could be anybody from foreign threats to hackers trying to show how formidable they are.

The bright side is there are cyber security products that can help secure industrial operations. In an effort to educate industrial companies about how to prevent a cyber attack, we created a series that examines breaches across different industries, the consequences of the breach, and how AutomaTech offerings could have helped.

What Happened: In March, hackers used firewall vulnerabilities to create “blind spots” for grid operators over the span of 10 hours in a first-of-its-kind cyber attack on the American grid system. The attackers were able to constantly reboot devices – which resulted in brief communications outages between generation sites and the control center. Continually rebooting the devices made them unusable.

How It Happened: Firewalls act as a barrier between a trusted network and an untrusted network, acting similar to a ticket taker at a sporting event – letting in only trusted data. In this example, the hackers were able to “sneak into the stadium” because of vulnerabilities in the firewall.

One expert said that the breach was either an automated bot scanning for vulnerable devices or an amateur hacker – which raises flags about the damage a skilled hacker could have done.

What Were the Aftereffects: Thankfully, the consequences were not as catastrophic as a breach of the electrical grid could have been. It didn’t cause any blackouts and none of the signal outages lasted for longer than five minutes.

Related to the event, the President signed an executive order stating that foreign threats to the country’s electric system are classified as a “national emergency.”

What Would Have Helped: Tempered Airwall Cyber Security Appliances provide centralized configuration and management. Airwall protects critical physical infrastructure, while still allowing secure remote access. This extends to cloud, virtual, and physical environments – providing global connectivity and mobility for an entire workforce securely, no matter where they are and what they need to reach.