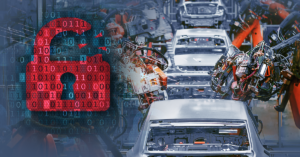 In the world of manufacturing, uptime is the name of the game. If there is a breach in your operation’s network, it can result in costly downtime and unnecessary headaches. However, there are industrial cyber security options available for industrial facilities that can help keep production running smoothly.

In an effort to educate industrial companies about how to prevent a cyber attack, we created a series that examines breaches across different industries, the consequences of the breach, and how AutomaTech offerings could have helped.

What Happened: In June, an internal server for Honda was attacked, spreading malware throughout the company’s network. This led to difficulties in accessing servers, email, and other systems. Experts believe that Honda was attacked by Snake, ransomware that security analysts had warned about earlier in the year.

How It Happened: While Honda has declined to state how the virus entered its network, experts believe the vulnerabilities were related to remote working policies due to COVID-19. More specifically, it is believed Honda had unsecured systems using Remote Desktop Protocol that were exposed to the public internet.

Analysts also say the software used in the attack was designed to attack control systems commonly used in industrial facilities, such as factories and power plants.

What Were the Aftereffects: Honda has been quiet about any financial impacts of the attack, but operations at multiple factories around the world were greatly affected. Not only did it force the temporary closure of factories across the globe, it left employees cut off from email or internal servers.

What Would Have Helped: Products by Tempered, Moxa, and Bayshore Networks that focus on network segmentation and isolation.